Southwark is a large historic area of central London that spans the south side of the Thames from Tower Bridge (opposite the City) and along as far as Waterloo Bridge (opposite Covent Garden). The area runs as far south as Elephant and Castle and is arguably the most diverse of London’s villages.

It’s one of the most historic parts of the Capital and is well known for being the location of Shakespeare’s famous Globe theatre, Francis Drake’s Golden Hinde and for housing the original Clink prison (now a museum), which hints at the area’s less salubrious past. The area is now home to both the Tate Modern Gallery and the Imperial War Museum. Borough Market is a hugely popular destination for those wanting high end food treats and a pint of Guinness in the Market Porter.

Anybody that has spent an afternoon walking along the South Bank will know and love the area’s cultural significance and diversity. The IMAX cinema, Royal Festival Hall, National Theatre, Old and Young Vic Theatres offer a wide range of plays, concerts and shows and the street performers that line the Queen’s Walk along from the London Eye, London Dungeons and London Aquarium offer hours of family entertainment to fit any budget.

Few skylines have changes so dramatically over the last few years as the area around London Bridge. The Shard, Western Europe’s tallest building and the other associated development known has the London Bridge Quarter have transformed the business vitality of the area and brought in many new organisations who should all eventually benefit from the redesigned and renovated London Bridge Station. 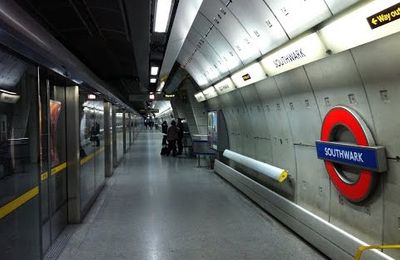 So finding the right office to rent in Southwark should be much easier. When searching monmouthdean.com for office space to let in Southwark you will see various sizes and price ranges to accommodate your needs, ranging from cheap to high end offices in Southwark which can both be easily found. There is long term and temporary Southwark office space so just ask our members of our team if you are unsure. We can also assist if you are looking for a virtual office in Southwark, or serviced offices.

Below is our current selection of available office spaces to let in Southwark or in close proximity.

View our properties in Southwark :